Why can’t you be happy for other people’s success?

We are living in a material world today and it’s a shame to recognise that people are jealous of others’ success. If you see that somebody else is getting ahead of you, your heart aches. It doesn't really matter whether it’s a close friend/relative who’s succeeding or it’s just somebody you work with or know. At the end of the day, the feeling of jealousy should not really be there. If you think about it carefully, you’ll see that there shouldn't be any reason for you to feel jealous if someone you know is having some good luck and making some progress in life. 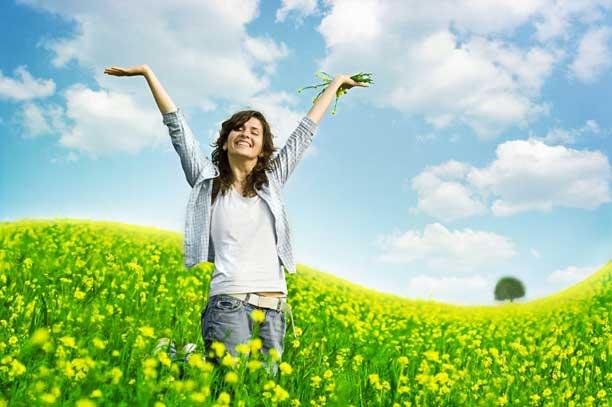 Many times people get this little pinch in the heart when hearing about the success of even somebody less wealthy than them. Your ego doesn't want anybody else to get ahead of you. You don’t want to be left behind and you always want to be ahead in the game. This is how the ego thinks because it knows no better. How can you be jealous of someone who has less than you? You can’t as it doesn't make sense but why should you be jealous if somebody else is succeeding and you’re not? Of course, there’s this feeling of jealousy because you don’t want anybody else’s success but your own, there’s also this feeling of anger because you can’t see why someone else deserves success while you don’t, there’s the feeling of frustration because you think everything you’re doing is not being rewarded.

Let’s just say that one Wednesday evening while watching TV, you hear the phone ring and when you answer it, you find that it’s your best friend who’s calling. He couldn't wait to share his happiness with you because he’s got a promotion. Now you’re doing really good for yourself because you’re earning £80,000 a year and your friend who’s on the line gets around £18,000 a year in contrast. But as soon as you hear that he’s got a promotion, your heart sinks because the feeling of jealousy rushes through your veins. You’re afraid that he’ll be getting more money than you, you’re afraid he’s going to be in a better position than you. You’re feeling sorry for yourself rather than being happy for your friend until he tells you that he’s getting £2000 more a year and that’s really going to make a difference in his life since he was struggling financially. He was so happy about the whole thing that he couldn't wait to tell you because you’re his best friend after all. Of course you’re now relieved because you've found that the success is not a menace to you. You’re still above him, you’re still in a better financial position and can look down on him. But wait, there’s also this feeling of regret that surrounds you now because you’re thinking that you must really be sick to be jealous of somebody so close and who cares about you and who deserves a lot more than what they’re getting.

Ego is the root of all evil – agree with ego and you shall never be happy. You cannot live like this. You need to change the way you think. You should be happy of other people’s success even if you’re not getting any success yourself. This is because when you share the happiness of other people, you create positive vibes for others and yourself and that’s how success eventually finds its way to you.

If you've been in such a situation, I'd like to hear your story. And oh, there's nothing to be ashamed of because if you're reading this, awareness has already awakened within you and you're on a path to greatness.

gices Published 08 Apr 2013
Gices Abraham is the founder of Clever Dodo. He's a life coach and advocates the practice of MAM (Movement/Arts/Meditation) for a well-balanced and happy life. Born in Mauritius and now living in the UK, he usually blogs about fitness, music, spirituality and driving topics to pass on his knowledge.

I'm not like that. I focus on my life. I don't like to compare or be compared. I'm not jealous type. I'm happy for people's success even if they are 'less' than me.

I'm happy to hear this, keep it up.

Nice to read an article like this. Your sentiments are so right! - It's good that you put them to paper [or did the equivalent in electronic terms].

Why does God let bad things happen to good people?

2 replies
280 views
Why is it so easy to point out mistakes in others than recognising goodness?

3 replies
202 views
You vs Ego: Someone annoyed you by blocking your driveway

1 replies
241 views
Stop working so much and start living your life!

0 replies
1K views
Why do we speak ill of others and cannot contain ourselves when we don't have anything nice to say?